We were training the Local Churches, doing street outreaches and Crusade meetings in the evening, it was a full on very packed out schedule.

The first morning on the streets we saw The Lord moving mightily in power, and saw around 20 people come to Christ, including a police officer. We ministered to many people who received deliverance.

We saw a lady have her leg miraculously healed after it had been left bent and twisted from a car accident, she forgave the driver of the other car, we prayed for her in the name of Jesus, her leg was miraculously straightened and aligned, there is power in forgiveness.

Another morning we were on the streets and I noticed a house that had a sheet with the words love and hell written all over it, Matt 16 v 12 says "I will build my church and the gates of hell will not prevail against it."

We knocked on the door and were invited in where we shared the gospel and the 5 people in the house responded and invited Christ to be Lord of their lives. One of the men, Carlos had been paralysed in his leg and couldn't not walk, he was gloriously healed in Jesus name. When we told him to walk in Jesus name, he walked down the street so quickly he was difficult to keep up with! How wonderful is Jesus, his love endures forever, he is always faithful and always keeps his word.

On the Saturday night I was preaching at the crusade meeting. Between 150 / 200 responded to the gospel message many people were healed many people were delivered, God was pouring out His Spirit, people were being baptised in the Holy Spirit, many blind eyes were opened, many deaf ears were un-stopped, one elderly lady who couldn't move her knees and ankles was gloriously healed as she forgave members of her family and by the end of the night was dancing with joy before the Lord as she had been healed.

On the Sunday morning I was ministering with a friend, Luis Gallo, at Liberty church in Fernandez town, 50km outside Santiago del Estero, we saw God move mightily, over 100 people responded to the Gospel, many were healed including blind eyes opened, a girl who had broken her collar bone had all her pain removed and bone came to bone and healed, many people were delivered as we ministered for over 2 hours. 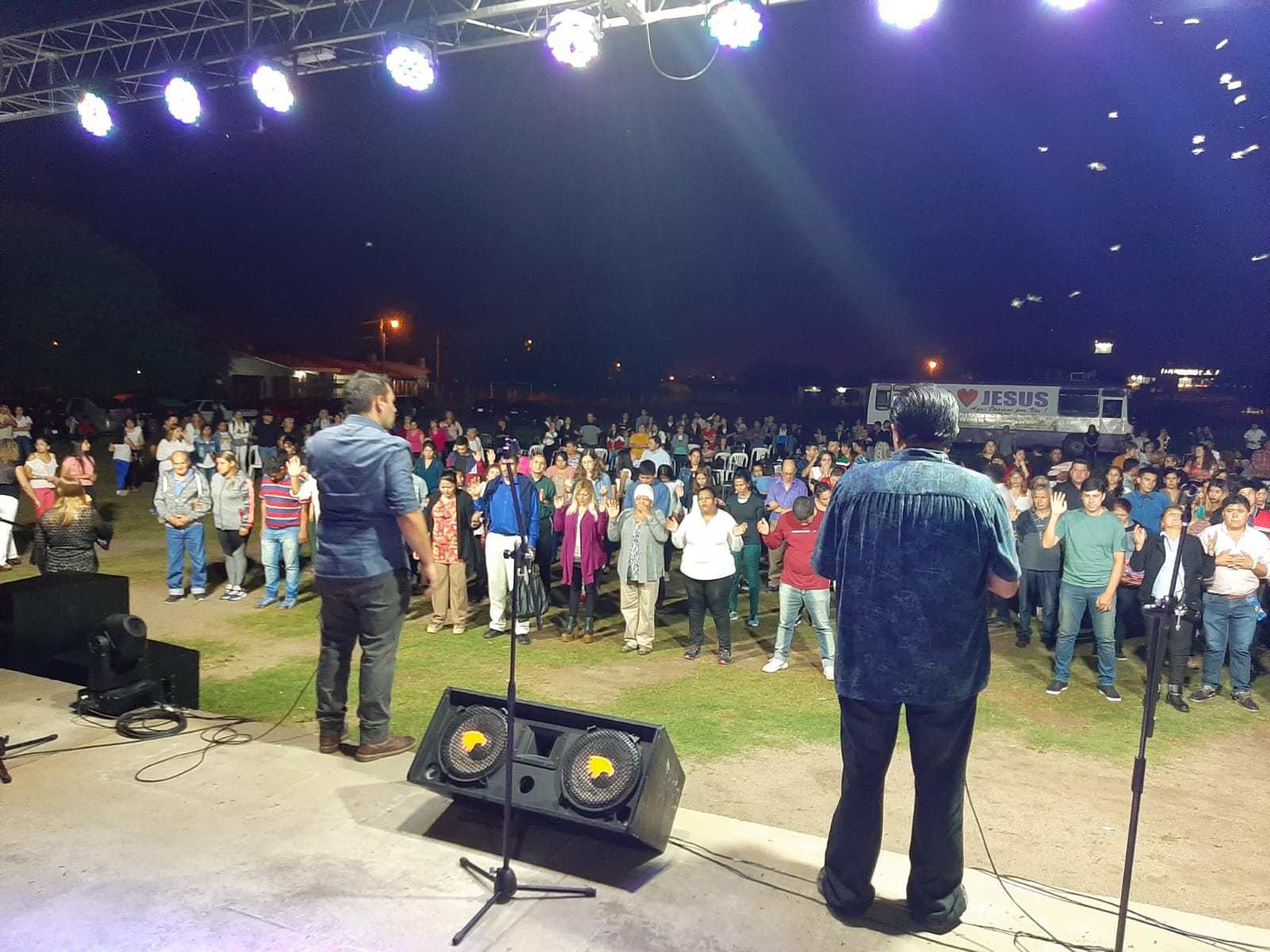